Synopsis:
Kenzie holds one truth above all: the company is everything.

As a citizen of Omnistellar Concepts, the most powerful corporation in the solar system, Kenzie has trained her entire life for one goal: to become an elite guard on Sanctuary, Omnistellar’s space prison for superpowered teens too dangerous for Earth. As a junior guard, she’s excited to prove herself to her company—and that means sacrificing anything that won’t propel her forward.

But then a routine drill goes sideways and Kenzie is taken hostage by rioting prisoners.

At first, she’s confident her commanding officer—who also happens to be her mother—will stop at nothing to secure her freedom. Yet it soon becomes clear that her mother is more concerned with sticking to Omnistellar protocol than she is with getting Kenzie out safely.

As Kenzie forms her own plan to escape, she doesn’t realize there’s a more sinister threat looming, something ancient and evil that has clawed its way into Sanctuary from the vacuum of space. And Kenzie might have to team up with her captors to survive—all while beginning to suspect there’s a darker side to the Omnistellar she knows.

I decided to go blind on this knowing as little as reading the book’s overview. The first few chapters were a bit tedious but undeniably a sleeper for all the next scenes to come. So I’m not surprised that it’s a dormant black hole that sucked me in without meaning to stop because I could exactly imagine the goriness of every scene straight from an alien movie—not one from E.T. but the legit ALIEN film series where badass Ellen Ripley fights off deadly-scary creatures while on space.

It all started with a routine drill where Kenzie is a junior guard on Sanctuary, a prison cell for superpowered criminal teens. When her Dad scheduled to leave for a training exercise on Earth with Jonathan and Noah, Kenzie, Rita, and her Mom, which also happened to be the Commander, were the only ones left to uphold Sanctuary’s security.

However, when a merchant ship distress call turned into something horrifying, while a prison break was in the making, the tension and danger were imminent not only to the space station itself but to everyone who’s on Earth. This automatically sets the story in motion and into a fast rolling action.

In the midst of fighting the unknown, whether they were a superpowered anomaly or a citizen living by the rules set by the Omnistellar Concept, Kenzie, Cage and the rest found an ally on each other for them to survive.

Kenzie’s character had a major shift, which was pretty obvious the way she empathized with the other prisoners. From being a loyal Omnistellar guard bound by rules, regulations, and protocols, she knew deep down that there’s an unfairness in the situation. As the story went on, I love how she developed a sense of independence and made a stand on her own decisions. She may not have a superpower like the other anomalies who run like the Flash or anything like pyro kinetic but her bravery is what makes her a badass character.

That same goes with Rune who was projected as calm and gentle but her shrewdness and ability were what brought their entire sector into safety for the majority of the time. And I couldn’t say less with Mia. She may act tough in front of everybody but she cares a lot in her own way.

I also love the wonderfully diverse cast of characters that presented the message of unity fighting for a single goal and realized that in times of difficult situations, whatever status they hold in the society, they’re actually all but the same.

The injustices between corporate citizenship and government citizenship also didn’t go unnoticed which is parallel to what is currently happening right now.

Though there were questions that didn’t get answers in the end, which I think an author’s intention to put some sort of open-ended drama that sways readers and have that longing to know what will happen next to Kenzie and Cage; are they going to explore-like Star Trek wandering into the galaxy? I don’t know what to expect yet but I’m certainly excited for a second book.

Sanctuary is an eerie, thrilling and action-packed story that equally leveled the suspense and intensity of all sci-fi movies about aliens I have ever watched. If you are in for a ride and love to take on an adventure, I recommend you read this book and board the ship so you won’t miss the fun I had in space.

Thank you to NetGalley, Simon Pulse, Fantastic Flying Book Club and Caryn Lix for providing me an eARC in exchange for a fair and honest review!

Caryn Lix has been writing since she was a teenager and delved deep into science fiction, fantasy, and the uncanny while working on her Masters in English literature. Caryn writes novels for teens and anyone else who likes a bit of the bizarre to mess up their day.

When not writing, Caryn spends her time obsessively consuming other people’s stories, plotting travel adventures, and exploring artistic endeavors. She lives with her husband and a horde of surly and entitled animals in southern Alberta. 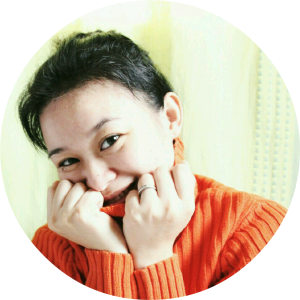